The world’s largest bat colony is right here in Texas!

Bracken Cave is the summer home of over 15 million Mexican free-tailed bats making it the largest bat colony in the world as well as one of the highest concentrations on earth of mammals in general.  It is a key maternity site for this species, and females congregate there each year to give birth and rear their young.  Most males roost elsewhere in smaller groups. 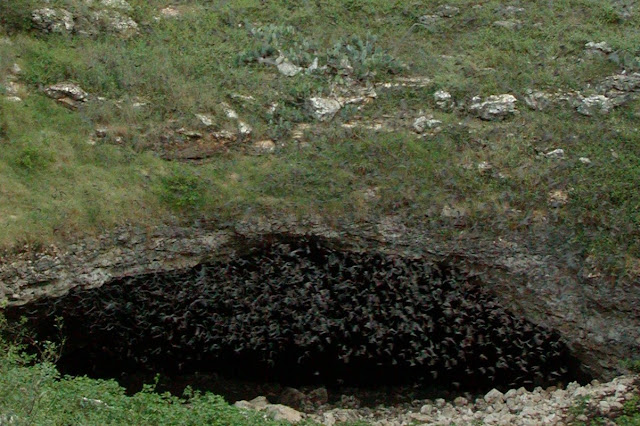 The summertime emergence of these millions of bats from the 100’ wide half-moon opening at dusk is an unforgettable sight.  As you gaze into the night sky and watch them take flight, the previously empty blue canvas will transform into a sea of blackness in a matter of seconds. 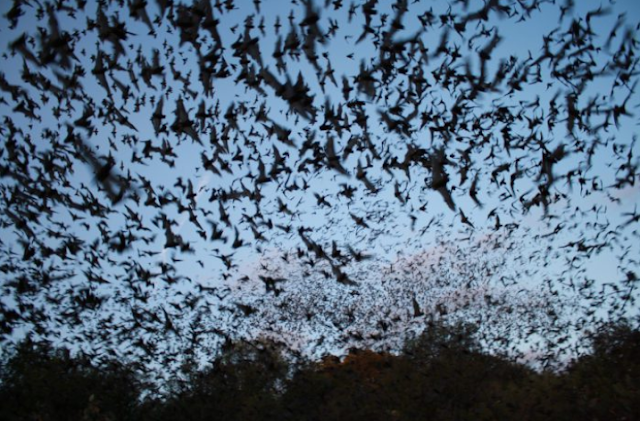 By late July, young bats are ready to test their flight skills outside the cave, joining their mothers to feed on insects. Although they are weaned soon after, their initial energy demands are high, forcing nursing mothers to consume more than their body weight in insects each night. To find sufficient food, the bats often emerge up to three hours before sundown, creating one of the most spectacular sights in all nature, an event spanning about 4 hours. 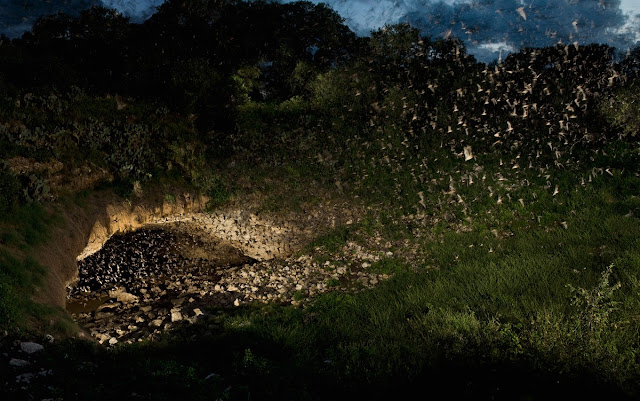 The cave is owned by Bat Conservation International, an organization with the sole mission to preserve the land in order for native plants and animals to thrive.  Bat Conservation International (BCI) first purchased the land on which the cave is located in 1992.  It is a short distance from the Natural Bridge Caverns in New Braunfels, TX. Although access to the cave itself is prohibited, nightly guided tour lead you directly to its mouth to watch the spectacular show unfold.

Any Bat caves where you're from?  Tell us about them in the comments so we can all visit them in our travels. 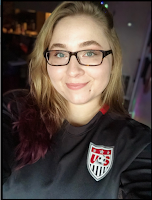 Team member Rae B, is a long-time part of the Hidden Valley family.  Born and raised right in the park, she has a unique perspective to share Hidden Valley and San Antonio inside info.
Stop by the Trading Post to meet up with Rae and the rest of the Certified Tourism Ambassador (CTA) staff.
Posted by Hidden Valley RV Park at 11:15 PM

Chat with us by clicking the blue icon in the bottom right corner.

A voice message from Teri

GET OUR BLOG POSTS IN YOUR INBOX

To keep us from Being Hidden...